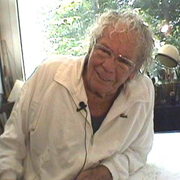 Hans Erni – One of the World’s Greatest Artists

He is known for having illustrated postage stamps, lithographs for the Swiss Red cross, his participation on the Olympic Committee as well as for his activism. His 1939 works and first major public success was a mural titled Switzerland: “Vacation Land of the People” was commissioned and displayed for the national exhibition in Zurich.

The Hans Erni Museum, located in the Swiss Museum of Transport in Lucerne hosts a large collection of Erni’s work.

The Swiss National Bank commissioned Erni to create the art for Swiss bank notes, in the 1940s. However, after the notes were already printed, they were never distributed, because a member of the State Council of Lucerne accused Erni of being a communist. Erni was never a member of any political party. In 2009 he received the SwissAward for lifetime achievement.

He illustrated about 200 books and created 90 postage stamps and 25 medals.

Erni was very interested in sport and received the United States Sports Academy award of sport artist of the year in 1989.

In 1936 Erni started to work with abstract art. From 1940 to 1945 he was a soldier in the Swiss army and was engaged as a camouflage painter because of his experience with large murals.

In 1948, he was a competitor in the 1948 Summer Olympics painting competition. Between 1950 and 1952 he participated to exhibitions in Latin America. However, his participation in the Biennale of Sao Paulo was not authorized by Federal Councillor Philipp Etter.

After a stay in Mauritania and Guinea he painted African topics. In 1960 he organized with Alfred Pauletto, Celestino Piati, Hugo Wetli and Kurt Wirth an exhibition in Olten about graphic design and painting. He participated in the 1964 Documenta exhibition in Kassel, in the graphic design department.

On 15 September 1979 the Swiss Museum of Transport opened a large collection of Erni’s works. He realized a 30-meter-long mural for the Museum. In 1993 his works were exhibited at the Pence Gallery in San Francisco.

He celebrated his 100th birthday in 2009. Born the third of eight siblings in Lucerne, he studied art at the Académie Julian in Paris. His first wife, Gertrud Bohnert, died in a horse-riding accident. They had one daughter, artist Simone Fornara Erni. With his second wife, Doris, he had a son and two daughters.

Hans Erni contributed one hour of his story to Legacy.

Click here to watch a highlight on his philosophy, Panta Rae, from Hans Erni’s Legacy interview.