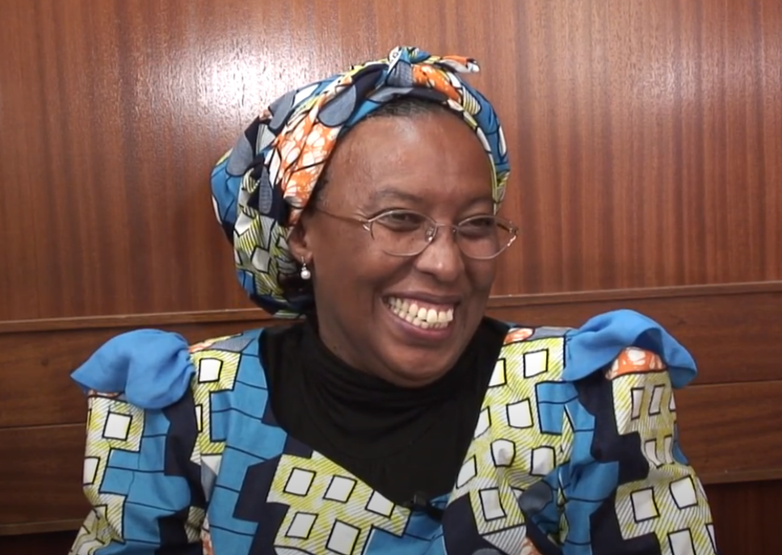 Maggy studied to become a teacher. She went on to study theology for three years in Lourdes (France). When she returned to Burundi, she taught French in a secondary school in Ruyigi, Burundi and tutored students after class. Aged only 23, Maggy adopted one of her orphan students, Chloe. In the years to come, Maggy welcomed four other children in her home. She raised them as if they had always been part of her family.

In October 1993, Burundi was in tension. In Ruyigi, chaos struck. Maggy witnessed the massacre of 72 people who were hidden with her in the diocese. The violence was brutal, but Maggy managed to convince the killers to spare 25 children.

Maggy then found refuge in the house of Mr Martin, a German development worker living in Ruyigi. She would spend the next 7 months there; thinking about what would the next step for the children, who were still with her. The civil war got s increasingly violent and more and more children appeared daily at the door steps of Mr Martin’s house.

The news spread quickly of a woman who dared to take care of all the orphans knocking at her door: Hutus, Tutsi, Twas, Congolese, Rwandese. Maggy welcomed all. Maggy and her children survived thanks to the donations and generous local and international support.

The birth of Maison Shalom

Faced with this situation, Maggy realised that her mission would be to fight against the hate and indifference which were ravaging the Great Lakes region, giving to her children, and to the 47,000 who would follow, an alternative to hate: it will be a home of peace and love, where the life of each and every human, and their dignity, will be respected. It will be « Maison Shalom ».

Born in Ruyigi, Burundi in 1956, she lost her father at the age of six. Her mother, who was then only 24 years old, did not remarry, and dedicated her life to taking care of Maggy and her brother, Apollinaire. Along with her mother and brother, Maggy grew up with her extended family, and eight children adopted by her mother. This way of living, in a spirit of sharing, since her childhood, has accompanied Maggy throughout her life.

Maggy contributed one hour of her life story and philosophy when she visited Geneva and was invited to speak at the International School of Geneva. Legacy extends gratitude to Shona Wright, Principal of the Middle School at the LGB campus for her catalyst role in arranging this interview.