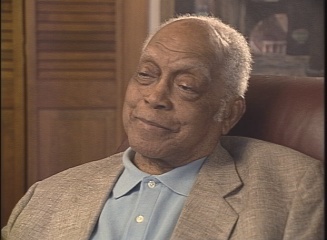 “Monte was the choice of all Negro National and American League club owners to serve as the No. 1 player to join a white major league team,” said Hall of Famer Effa Manley, owner of the Newark Eagles.

He grew up in New Jersey and was an outstanding football player at Lincoln University. Monte left Lincoln to spend several seasons in the Negro league baseball. His career was interrupted by World War II military service from 1943 to 1945 when he was deployed to England, France and Belgium and served in the Battle of the Bulge.

When he joined the New York Giants, Monte became one of the first African-American MLB players. He played in two World Series for the Giants. When future Hall of Famer, Willie Mays joined the Giants in 1951, Monte mentored him.

Monte was inducted into the Baseball Hall of Fame in 1973. After his playing career, Irvin was a baseball scout for the New York Mets and was appointed public relations specialist for the MLB commissioner’s office. This appointment made him the first black executive in professional baseball. He also worked as a representative for the Rheingold beer company.

Monte was born in Alabama, the eighth of 13 children and brother of Negro leaguer, Cal Irvin.

At the time of his death, Monte was the oldest living former Negro Leagues player, New York Giant and Chicago Cub. He lived in a retirement community in Houston prior to his death.

In 2016, a life-sized bronze statue of Irvin was dedicated in Monte Irvin Park in Orange, New Jersey.

“Baseball is a game you’d play for nothing,” Monte said. “And I am so happy the Lord gave me a little ability, because it allowed me to meet a lot of good people and see so many exciting places.”

Monte contributed four hours of his life story to Legacy. Click here to watch Monte’s memory of watching Martin Luther King’s I Have A Dream speech.